A Parable of the Unseen Christ 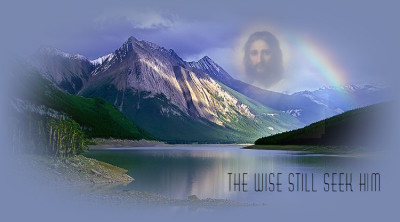 As was his practise this disciple's regular practise he sat unhurriedly to pray, conscious that soon the pace of his day would change.

Silently a bare foot appeared, motionless at his window. The blind was down - approaching the floor, so the remainder of the 'visitor' was unseen. This foot stood alone. There was no second one beside it.

Neither good-will nor ill-will was indicated by this foot, only mystery.

This foot demonstrated no emotion, it indicated no pain.

In an almost fearful stillness the disciple sat, consumed, peering at the window and wondering what the foot would do.

He did not give even a moment's thought to opening the blind so as to reveal the foot's owner. This was advantageous because to see more would only bring him terror. There was in fact no more to see.

Many have come to the foot of the Cross, but then have refused to look up and expend any effort to grasp its meaning. Surely terror too would ensue for them if they did?

So many had approached the Cross, seen its foot, but ignored Him who was above and affixed on it.

They had walked to the foot of the Cross, but would never grasp the suffering above it.

All of Christ is for all of life.

'God not only orders our steps, but also our stops.' ~ George Mueller