The Mother Whose Son Returned 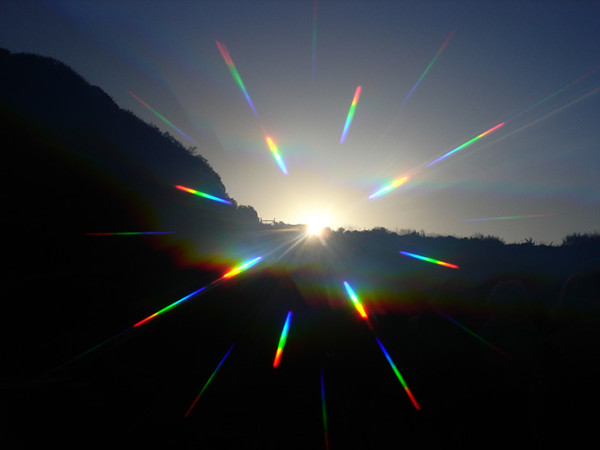 Rainbows politely suggest that a wall of rain has collapsed.

True rainbows remain heaven's picture of optimism, a divine alert for all to see that the rains of life have passed for a season. With a satisfied spirit of longing and thanks she offered loud praise.

Still early in the morning, her hair disheveled from last night's wrestle again with the pillow, a firm knock bounced across her door. Surprised, even tinged with dis-ease she turned and headed down the long hallway to her front door. Old slippers scuffed the floor as she heard a heavier knock on the door. She wondered about her unannounced visitor's impatience.

She lifted her hand and clicked the lock open, making sure her attire was tightly secured, and then running her fingers hurriedly through her gray crop of hair.

When the door was flung back, for a moment, merely a long instant she stood puzzled. Beneath her visitor's ragamuffin damp appearance was her son. They both lunged forward with open arms. No words were spoken, but four eyes came alight. They hugged for what appeared an eternity of seconds.

Rainbows are divine signals of promise, the reminder of a better tomorrow and a visible guarantor of Heaven's faithfulness.

Rainbows will fade, they have since unmeasured time, but they still refuse to cease.

Tightly hang on to He who placed the only true rainbows in the sky, even just for you.

His rainbows are no more empty than God's faithfulness will expire. He cannot betray Himself.

'No religion has ever been greater than its idea of God.' ~ A.W. Tozer