Race as horses do! 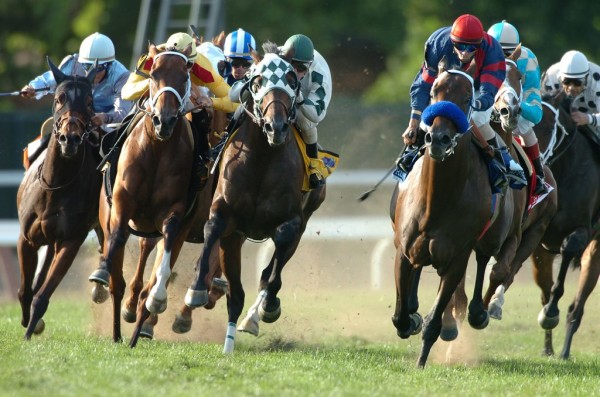 The Christ who rules us, rules all things for us. ~ Jim Packer

The Lord of the Cross is the one and only God. He is not frail, nor too weak to rule.

God is merciful. He does not give as men deserve.

God chooses not to hold our sins against us.

It was in pre-history that He wrote mankind's 'escape clause' into heaven's fixed annals. A long time later Jesus then painted ancient near-eastern soil blood red with His divine 'get out of jail free card':

Father forgive them for they know what they do.

From His abundant grace God forgives. He seeds the most precious deposits of faith, eternity and hope into men's hearts.

He equips men so they may lay hold of truth for eternity.

God's wonderful deposits are made that we will search for Him, find Him and then fall for Him.

He determined the set times set for man and the exact places that they should live. God did this so that men would seek Him and perhaps reach out for Him, though He is not far from each one of us. (Acts 17:26-27)

Why does He act in this way, why is He so generous? Because:

The good Lord rejoices in doing good. (Jeremiah 32:41a)

Permit His grace, mercies and His truth to guide you down His Highway to Heaven. Do this for His names sake and your eternal benefit.

BUT - don't let distraction win. Place blinkers on your eyes, and race as horses - for master's want to win.

For He has set a day when He will judge the world with justice by the Man He has appointed. He has given proof of this by raising Him from the dead. (Acts 17:37)

'God's promises are to be our pleas in prayer'. ~ Matthew Henry