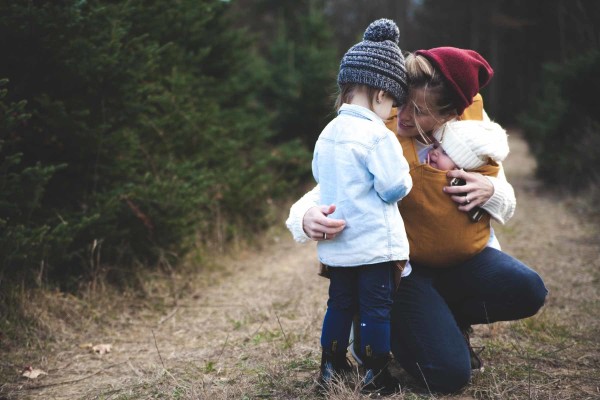 A mother's children arise and call her blessed; her husband also, and he praises her. (Proverbs 31:28)

Philadelphia born Samuel Dickey Gordon was an influential devotional writer and an uncommon speaker of the late eighteenth and early nineteenth century. This historical anecdote he penned is truly prayer-inspiring and mother supporting.

A good while ago in smoky, foggy, lonely London there was a fully surrendered, consecrated woman, inflicted with tuberculous and bent back (she spent many hours a day over the washtub and the ironing board.) She only had one child, a boy. She died when John was 7. She prayed, of course. With these praying mothers - prayer never slips! Many a time the dew of her eyes mingled with the suds as she prayed. And the prayer was answered, of course. No real, simple prayer ever slipped, it cannot.

Later in life John became a Christian after a death-defying shipwreck. And, then he began telling others about Jesus. He became known as "the sailor preacher" of London. John Newton, London's sailor preacher, was the means of turning men (I will use a big word thoughtfully) by the THOUSANDS to Jesus.

Among the many that John Newton touched, there was one man, Thomas Scott - cultured, scholarly, moral, BUT "didn't need a Savior." Scott came to Jesus. And then Scott, as many of you know by tongue and by pen, (again I will use that big word) swayed THOUSANDS for Jesus.

Among the many that Scott touched, there was one man, the very reverse of Scott, young, dyspeptic, melancholy, "too bad" for God to save. But Scott touched Cowper, and Cowper found out about a fountain filled with blood. And he was cleansed in the flood of blood. He wrote down his hymn, "There Is a Fountain Filled With Blood." Some folks do not like that hymn today. Some of the new hymnbook makers are leaving it out. But the old hymn was sung, and saved people by the thousands.

And Cowper touched a man, among many - Wilberforce, clever, a Christian statesman who was a lay preacher of the old school. And Wilberforce, among many, touched one man, a vicar of the Church of England, namely Richmond. He was changed. And Richmond knew the story of the daughter of a milkman. He wrote down her story. He called the little bit of a book, "The Dairyman's Daughter." This little bit of a book went into peasant's huts and kings' palaces, and all between, and everywhere-burning like a soft, intense flame. Untold thousands of lives were touched and changed.

The center of the whole thing - a woman, bent back, stubby fingers, bending over the washing and ironing as she prayed for her boy, John.

I am very clear about this. The Man on the throne yonder who came from the throne to the cross and back would say, "This woman, she was MY friend. Through her prayer I would loosen out the power that touched untold thousands."

“Therefore I tell you, whatever you ask in prayer, believe that you have received it, and it will be yours.” (Mark 11:24)

PS – John Newton wrote Amazing Grace. This was sung by eight convicts as they approached their execution in Indonesia on April 29, 2015. The largest Muslim population country in the world, heard the praise of Jesus blanketing this Muslim stronghold and piercing the air. WHY?… a mum prayed for her son three hundred years ago.

PPS - She is not remembered by her name... just by her prayer ~ oh, what a humble legacy but massive impact she pursued.

The prayer of a righteous mom avails much. I know, for too my unnamed mother prayed long for her son.

"Love is practical or it is not love at all.' ~ anon