I will not leave you as orphans...# 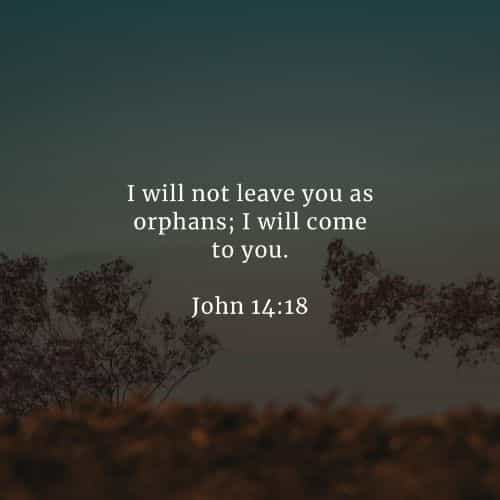 The story is told of the great Polish pianist, Padereweski, who was giving a concert to a select group of admirers. In the audience was a young boy very new and raw at the piano. Just prior to the concert, he managed to sneak away from his mother and clamber on to the stage where he promptly began to play the piano.

Filled with endless energy rather than skill this boy tapped out an increasingly tentative version of “Twinkle, twinkle, little star.” To his mother’s horror, the great Padereweski made his way to the stage at that very time.

Padereweski simply sat down alongside the young boy and in his masterful way improvised on the simple tune the boy was playing.

The faltering, mistake ridden playing of the boy was transformed into a wonderful piece of music.

The master had come alongside the pupil, and as a result, the work of the pupil became so much richer and greater.

A picture of how the Spirit of God comes alongside us to help us.

God doesn’t despise our faltering attempts at obedience. Nor does He shove us aside and do it all Himself. The good Lord comes alongside to help us be the people we are meant by Him to be.

“If you love me, you will keep my commandments. And I will ask the Father, and He will give you another Helper, to be with you forever, even the Spirit of Truth, whom the world cannot receive, because it neither sees Him nor knows Him. You know Him, for He dwells with you and will be in you. “I will not leave you as orphans; I will come to you. (John 14:15-18)

The childish tunes of our lives become symphonic masterpieces as the Master comes to sit with us. Invite Him to sit beside you this day, every day.#

#Today's SoulSnack first appeared as 'Help At Hand', written by Rev. David Reay. It is reproduced with slight edits from SoulSupply