One Nail at a Time# 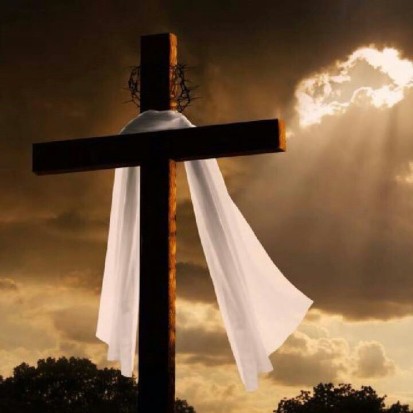 I remember watching events unfold on television on November 9, 1989 when the Berlin wall fell. This event reshaped the world.

Few could have imagined the feelings of those who dwelt on either side of the wall as it collapsed. No doubt they crossed back and forth without fear; overjoyed on this day where re-unions began. Separation became reconciliation, and hostility morphed to fellowship.

For far too many it still feels as if there exists a wall between them and God; cut off from God, believing they can't live up to what God expects of them. Others may feel as Jesus did - abandoned by God.

At the same time as Jesus died 'the wall', the barrier between God and all His children, also fell. Forgiveness flowed, and new life became available.

At that first Easter the good Lord was intent on reshaping the world, one nail at a time.

Many have asked how can this be?

The simple answer is the grim barrier between God and mankind fell on Good Friday and three days later this was proven - when Jesus rose from the dead.

The events of Easter happened that the sinner can be saved, forgiveness simply awaits for the asking.

By Jesus' cross God has mercifully opened the way of forgiveness, cleansing and hope.

Easter Sunday was formed by Jesus' resurrection. He had new life, you can too.#

Jesus died and rose once so you could live twice.

“The empty cross is comfortable but the crucifix is the pattern of the Christian life!”

Today's SoulSnack began as 'Breaking down the wall', an Easter article penned by Archbishop Kanishka Raffel. It contains SoulSupply edits