Where angels fear to tread... 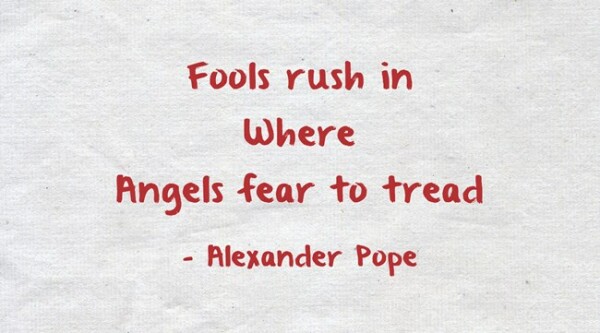 Where is the sage?

Who is the oracle to these times?

Where is the wise watchman who speaks up?

Have nothing to do with the fruitless deeds of darkness, but rather expose them. (Ephesians 5:11)

Annually on October 31, for twenty-four hours the western world (and now the eastern world too) foolishly race to places that 'angels fear to tread.'

It is in darkness that Halloween's true condition remains unseen.

When darkness is celebrated, the dead are honored and indulgence is promoted; it becomes clear that this festival is not seeded in light.

That which meets the growing approval of the world (a world under the rule of the prince of the air) is NOT going to meet the approval of God. This is the very first indicator that Halloween is not acceptable.

Haunted houses, skulls and crossbones, vampires and skeletons are images of much fear, not pure fun.

Find out more at Making Sense of Halloween