Pleasure is Hard to Ignore# 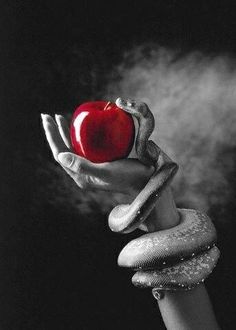 Your happiness is first your business, not another. This is common to mankind. I am the best author of my life.

Hedonism is the gloomy philosophy which says that Pleasure Is The Only Good. But, we have hardly yet begun what may be called Hedonics, the science or philosophy of Pleasure.

There is a Jailer who would claim men as his own. He offers delights to men's hearts, and presents them to light men's eyes.

There was the time I accepted the Jailer's invitation, so I threw myself open to this feathery, impalpable, tingling invitation. (Note - the invitation seemed as pure as it appeared innocent, because pleasure is hard to ignore.)

I feel sure I am right in thinking that others beside myself experience unpredictable offers (of various moral value) to return into an idyllic Eden. The cost of acceptance is hidden, (but pleasure is hard to ignore).

I must submit that the first step in Hedonics is to knock the Jailer down and keep the keys henceforth in our own possession. He has dominated our minds for over a century now, and specially in the fields of literature, literary criticism and all modern manner of media and study.

The Jailer holds all sorts of tricks. He is a sham realist. The Jailer speaks deceits that tempt (because pleasure is hard to ignore), that only offer destruction.

The Jailer then accuses and condemns all who bite his hand-held apple of the pleasure. The was only ever a bribe. When the Jailer discovers some certain weakness in men, he plies his trade with a wicked and urgent energy upon that weakness.

As in Eden so too this day. For men continue to eagerly trade away their future for a delightful, but mere cup of broth. The Jailer holds very old and very well proven methods. Yes, he offers nothing new under sun.

The Jailer's favorite line is to confuse the issue as in Eden, so too this day. WHY? - because pleasure is hard to ignore.

Since Adam and Eve ate of the apple, man has not refrained from any folly of which he is capable. ~ Bertrand Russell

Blessed is the man who perseveres until trial, because when he has stood the test, he will receive the crown of life that God has promised to those who love Him. (James 1:12)

#Today's SoulSnack was written by C.S. Lewis in 1945 and titled HEDONICS - the science of Pleasure. It has been edited somewhat by SoulSupply