Living on the empty side of the Cross 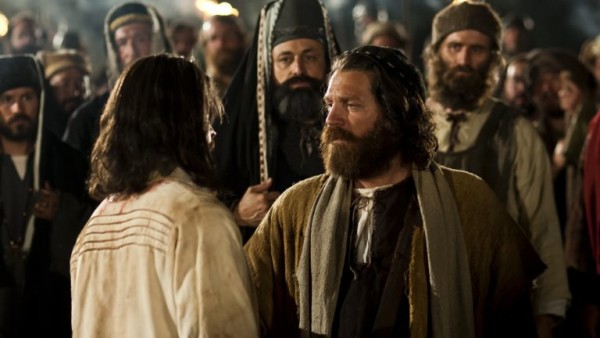 An already heaving Messiah wept in Gethsemane. It was just one night prior to His crucifixion.

Consider - what if you were in Gethsemane too, hidden but watching? How would have you described the arrest of God?

What if you were part of the plot to nail a Savior? How would you have explained the events?

No doubt if you were Caiaphas the high priest, your chest would have bulged in triumph:

at last we have now seized Him.

Maybe if you were the Roman soldiers' commander you would objectively report:

But John the Apostle (and Gospel writer) records our Lord's betrayal most differently.

Jesus, knowing all that was going to happen to him, went out and asked them, ‘Who is it you want?’ ‘Jesus of Nazareth,’ they replied. ‘I am he,’ Jesus said. (And Judas the traitor was standing there with them.) When Jesus said, ‘I am he,’ they drew back and fell to the ground. (John 18:4-6)

The Lord, instead of waiting to be found, stepped forward to meet the armed. In complete control and confidence Jesus openly identified Himself. Their response was literally to fall to the ground.

With only the lifting of His voice did Jesus overpower the army of the world's then greatest empire.

Unwittingly, unconsciously this death squad worshiped Jesus by falling at His feet.

This detachment of Roman soldiers, with its commander and Jewish officials were arrested by Jesus well before they arrested Him.

Very soon these warriors of satan would declare war on Jesus with ancient beams, a hammer, a spear and six inch nails.

We have a Savior that even the rude, the ignorant and the violent would worship. They fell before Him well before they watched Jesus' bloodied body suspended upon the Cross.

How much more then can we worship the Jesus of the Cross - we who see, and we who know because we stand on the empty side of the cross?

"The resurrection will make your heart dance for joy if you fully see the pardon, justification and acceptance which it guarantees you". ~ Charles Spurgeon.