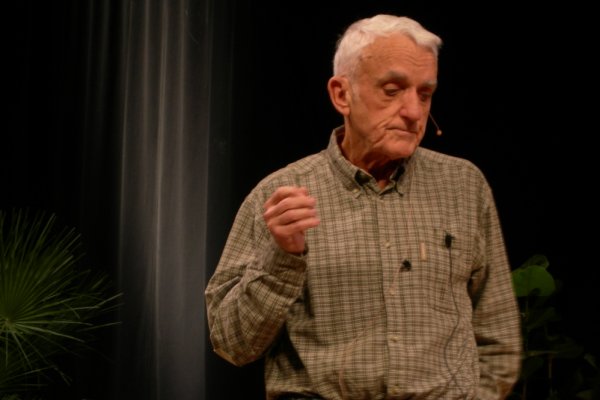 Brennan trained as a Catholic priest, then became a hermit, a fisherman and also lectured at a Catholic seminary. He was married, divorced and a drunkard. His mind was strong, but not so his soul. Alcohol was his consuming vice, yet it never dulled the sharpness of his sober mind.

He wrote greatness penned in the gutter.

Manning's fragility was demonstrated over and over again to those who knew him well. He would travel and preach his socks off, only to return to his motel rooms and binge. A tragic life mirrored in an outrageous cleverness of mind and words.

The devil is the father of lies -

"he was a murderer from the beginning, not holding to the truth, for there is no truth in him. When he lies, he speaks his native language, for he is a liar and father of lies." (John 8:44)

The devil is the great illusionist. He varnishes the truth. Satan prompts us to give importance to what has no importance; he clothes with false glitter what is least substantial and turns us away from what is surpassingly real. The evil one causes us to live in a world of delusion, unreality, and shadows.

3) Manning comments upon 'reality' and 'truth':

For the majority of us, what is most real is the world of our material existence; what is most 'unreal' is the world of God... Mankind speaks blindly and guides himself by what's new and so he swims with the tide, so too weather-vane Christians whose number is legion, floating along on delusion, unreality, and shadows.

But, the true believer's days and prayers are not rooted in pretense nor facade. For, they have learned well to distinguish good from evil. They have learned to sniff the sulfur fumes of delusion, unreality and shadows thus turning quickly to pedal away.#

Truth is as sure as it is eternal, the devil is as wicked as hell is certain.

Truth neither drifts away nor dwells in shade to those alone who look to Jesus, while satan will flee all those who submit to Jesus.

'The hiding places of men are discovered by affliction.' ~ S.I. Prime

#Today's SoulSnack is largely from 'The Importance of Being Foolish' (HarperOne New York, 2005) pp 12-14. There are light SoulSupply edits.

Posted in The Teacher, The Wilderness; Tagged #manning, #devil, #truth;