The Valleys of Weeping 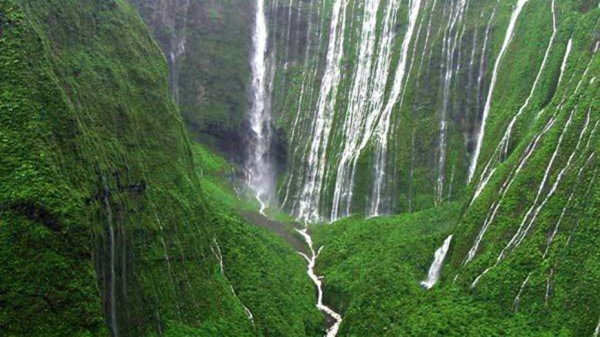 The unwounded life bears no resemblance to Jesus the Christ. ~ Brennan Manning

Life's greatest conquest a human achieves is to listen to their heart, but not lose their compass.

Heart-felt lessons are learned that will never be forgotten. In descending that mountainside's stairs or bumbling down over those moss laden rocks his unheard voice screams within.

The backside is worn out of his jeans and his shins are colored blue. His hands and forearms are lathered in bruises. All this hurts so much. But, he is still plummeting. There is only multiplying injury until he hits rock bottom in that valley of weeping.

The heart will utter what it learns in the gutters of cities for these too are so very much the valleys of weeping.

A man's passions are reconciled in the valleys and those passions that remain he exercises on the slippery way up again. (Don't forget whether in ascent or descent there is always an opportunity to fall.)

From within the valleys of weeping a man audits his history, and maybe feels the grim reaper's foul breath upon the nape of his neck. This looming presence of permanent darkness reveals and maybe savages the pretty lights he thought important, and the petty squabbles that should not have been had.

His capacity for Christ had been numbed, but now in the valley of weeping, with all else stripped away Christ can be found and He can be heard.

It is then those who have fallen will move upward in a strength to strength scene that will echo into their eternity:

One's personal relationship with Christ towers over every other consideration. ~ Brennan Manning

Blessed are those whose strength is in you, who have set their hearts upon pilgrimage. As they pass through the Valley of Weeping ... they go from strength to strength, till each appears in Zion. (Psalm 84:5-7)

Abandon the secret chamber and the spiritual life will decay. ~ Isaac Watts

Posted in The Teacher, The Wilderness; Tagged #manning, #hardship, #suffer ;