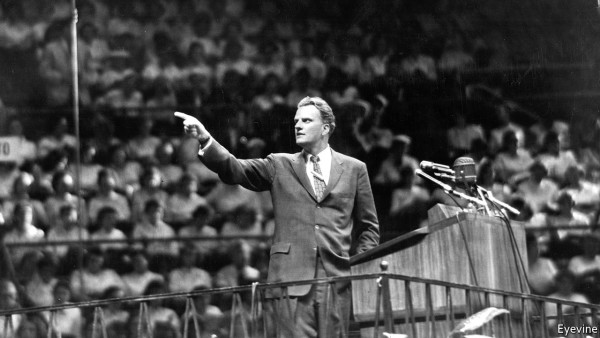 A man is known by the friends he keeps, and the words he speaks.

A babe from Charlotte, North Carolina would reportedly become one of the most influential Christian leaders of the 20th Century. (SoulSupply is unable to think of any other Christian who was more influential.)

Billy Graham (1918-2018) rose from anonymity to become the 20th Century's most known and celebrated (successful?) evangelist. Strong preaching is always heralded by a devoted heart.

As it is written, "how beautiful are the feet of those who bring the good news". (Romans 10:15b)

'When strength is sapped for the Lord, it will be restored by the Lord. He is no man's debtor.' ~ Michael Cartwright