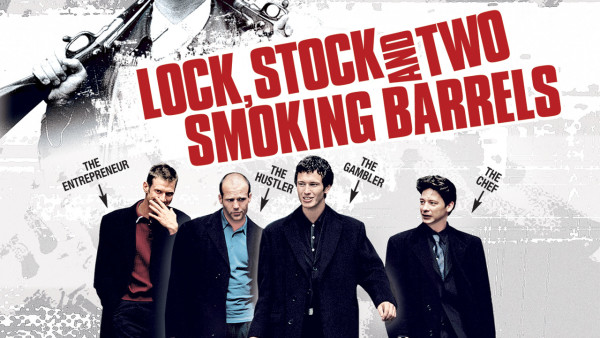 In 1998 the British crime thriller Lock, Stock and Two Smoking Barrels launched the careers of Vinnie Jones and Jason Statham to the world. The cast of this violent comedy lived as dangerous men to be feared.

I wonder if Christians could ever be the same, 'men to be feared'?

Could western Christians become men and women who will step out their front door and fill satan with shudders? Because, he knows the devotion to righteousness they have lived behind the door, and the courage they have gained?

Countless of our faithful brothers and sisters under persecution are peering at a lock, stock and two smoking barrels. They proclaim Christ and Christ crucified alone. They unashamedly live love, and preach repentance.

Repent and believe for the Kingdom of God is at hand, Jesus proclaimed. (see Mark 1:14-15)

The highest price they willingly pay, death from a bullet (or two) for their narrow proclamation of truth.

YET, we recoil and mumble for fear that we may inadvertently raise an eyebrow. So, we wrap the truth in a more glittering 'love' parcel.

They (the persecuted) Save from the Grave whilst we (the safe) spread Pollution by Dilution.

Are we too safe, or are we really safe at all?#

'The proud man lives half-way down the slope to hell.' ~ George Barlow

#Today's SoulSnack is a sequel to last week's A Gospel 'Inconvenience'. It too is largely penned by Dr Stuart Quarmby.